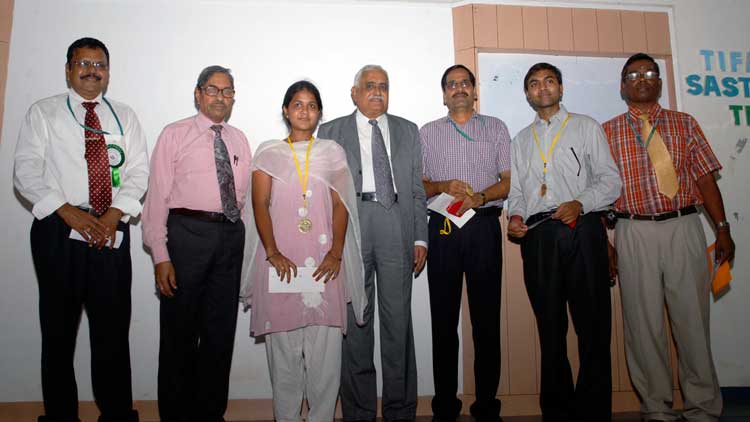 The Best Student Project Award 2011, instituted by Tata Consultancy Services (TCS), has been given to three students of Shanmugha Arts Science Technology and Research Academy (SASTRA) University, this year. TCS has been giving this award for 50 institutions in India and SASTRA is one among them.

The award was presented by K. Kesavasamy, Global Head of TCS Academic Interface Programme and Head of TCS, Thiruvananthapuram, at a function held at the university last week. The award carrying a gold medal each and a sum of Rs. 20,000 for all was given to Indumathi, Irfan Basha and Sivasowmiya.

Mr. Kesavasamy said SASTRA is a special partner with TCS and both institutions collaborated on teaching-learning, research and students projects. With respect to research, TCS had taken up a huge research project for four years in biotechnology with SASTRA. This year, a record number of 1,750 students had been placed with TCS from SASTRA, he said.

Mr. Kesavasamy also handed over Rs. 1.5 lakh to Bhuvaneswari and R. Aparna who won gold and bronze medals respectively at the Commonwealth Chess Championship held recently. The cash award was given by SASTRA University in appreciation of the winners.